Makku Math Village is located at the elevation of 1600-1700 meters, in Rudraprayag District, of Uttarakhand. This Beautiful historical village Surrounded by the trees of dense cedar, banj, burans, thuner is believed to have preceded the first century. At present this village is a hotspot for birdwatchers. Markendya Temple at Makkumath village is a winter seat of Lord Tungnath ji.

This village known for the Tapasthali of Markandeya Rishi, and the history of this area consists itself the clash of clans of Aryan and Non-Aryan castes.. The ancient Maur tribe lived in nearby Bugyals (Medows) with their animals in the summer and comes at village Makku in winter. These tribal castes were later influenced by Buddhism.

Later it was considered necessary by Adi Shankaracharya to establish a temple here for the propagation of Sanatan Dharma. And has established the temple of Tungnath ji as one Kedar, which is, third Kedar out of the Panch Kedars. The winter seat of Tungnath ji’s at Makku Village.

This village remained the center of the study of astrology and Sanskrit for hundreds of years. Other villages of Nagpur division were envious of it due to its unique status. This can be seen in a Garhwali adage -‘‘ध्यूल पर घाम भी है चि, तामि पर आदु भी रौंधा त रा जान्दा त जा।’’ it means, there is sun rage on the temple, there is flour in the small vessel, if you want to stay you are most welcome or want to go, please go.

Chopta is a small settlement within Kedarnath wildlife sanctuary in Rudraprayag district of Uttarakhand. Chopta is well connected by all the major cities of Uttarakhand. It has more than 5 trekking destinations around. Chandrashila, Tugnath, Deoriatal, Atri fall, Ansuyamata Temple, Rudranath, and Bisudital are some treks around Chopta. Tungnath-Chandrashila & Deoriatal are famous treks done by most tourists.

Get in touch with our Travel Expert

Makkumath Village is famous for?

Makku village is the winter seat of Lord the Tungnath deity. If you cannot go to visit Lord Shiva by 3 km upward trek to Tungnath, then you have an opportunity of darshan of Lord Shiva in the temple of Makku village.

Lord Shiva exists in the same form in Makku Math as in Tungnath Ji. Hence, worship is equally important in both places.

Makku math is also becoming a hotspot for birding. So many ornithologists cames to this village for his research work for a long time.

Is really Makku math is paradise for bird watchers ?

Makku village is also famous for birding among the birders because it has a natural landscape that attracts birds, has around, water rivulet, shrubs, agricultural fields, and weather that makes the perfect home for birds.

You can plan Makku math thought the year but the good time to visit here from March to May and Oct to February. During the winter season this place provides great view of snow-capped mountains. you can stay here in winter if you want to visit Tungnath Ji.

This village is located in the Rudraprayag district of Uttarakhand. It has a well-connected road but a few buses or cab services with all the major towns and cities in Uttarakhand. Whereas the nearest airport is Jolly Grant airport, and the nearest railways are Rishikesh railways. 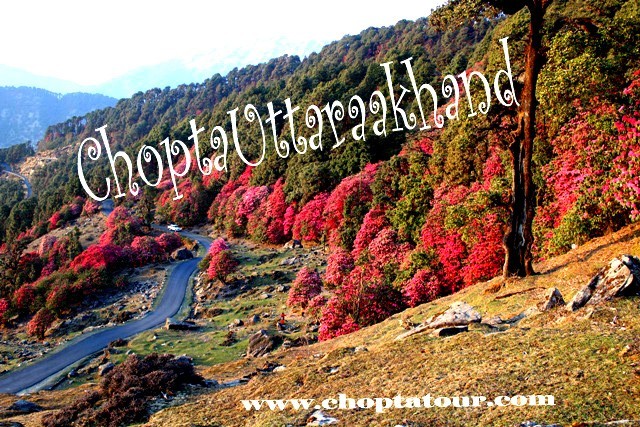 Makku Village is the winter seat of lord Tungnath Ji. Kapat of Tungnath temple closes for 6 months as the Tungnath region received heavy snow in the winter season. And the pilgrims can’t visit the Tunganth temple due to kapat closed at Chopta Tungnath. Hence, throughout the time of winter Makkumath is the worship place for the Lord Tunganth. As the idol of lord moves from Tunganth to Makkumath even the priest relocates to perform the daily rituals to the lord Tunganth.

Hiking
Hiking is one of the best activities that can be done at Makkumath Village. Through this one can have a close encounter with the different bird species and different vegetations the amazing sight of nature in its full glory. Moreover, enthusiastic individuals can hike to the neigh spots like Chalkhod, Nearby Bugyal, and the village Japura helmet and Hudu villages are some best places to hike.

Trekking
Another activity one can do here is trekking. This place offers a famous trekking trail which is Deoria Tal trek (that is 28km by road from and 2.5km by trek), Chopta (Chopta is about to 30km by road from Makku Village), Tungnath -Chandrashila Trek.

Village tour
The best way to learn about the culture and traditions of a village is a village walk or tour. The people of Makku are very friendly and warm welcoming. By communicating with them one can understand their lifestyle. Try some local cuisine if possible buy some local handmade items as a memory.

Photography
As most of us carry cameras with us whenever we go for a trip to capture the beautiful sight and make it memorable. Similarly, this place provides ample opportunity for photography with its picturesque sites. Here one can capture the amazing site of different varieties of bird species and the beautiful woods covered with lush greenery.

Hotels and Homestay who are not listed with us in Makkumath Village can share their detail with the latest photos and available facilities at [email protected] If you find any inapt Hotels or Homestays in Makkumath Village listed with us, please mail to us at the same email id, so that we can update/remove it to provide the best information to our visitors. Thank You!

If you are planning a trekking trip to Chopta, Contact us for the best and Customize Chopta tour and Travel Packages.